Wild Rose is the story of a single mother who wants to perform on the stages of Nashville, while leaving her current life in Scotland, behind. Here is the catch – She just got out of jail and she has to support two kids.

The character is intense, wild and the flaws make it really easy for the audience to connect with her. With this performance, the actress is bound to become a brand. 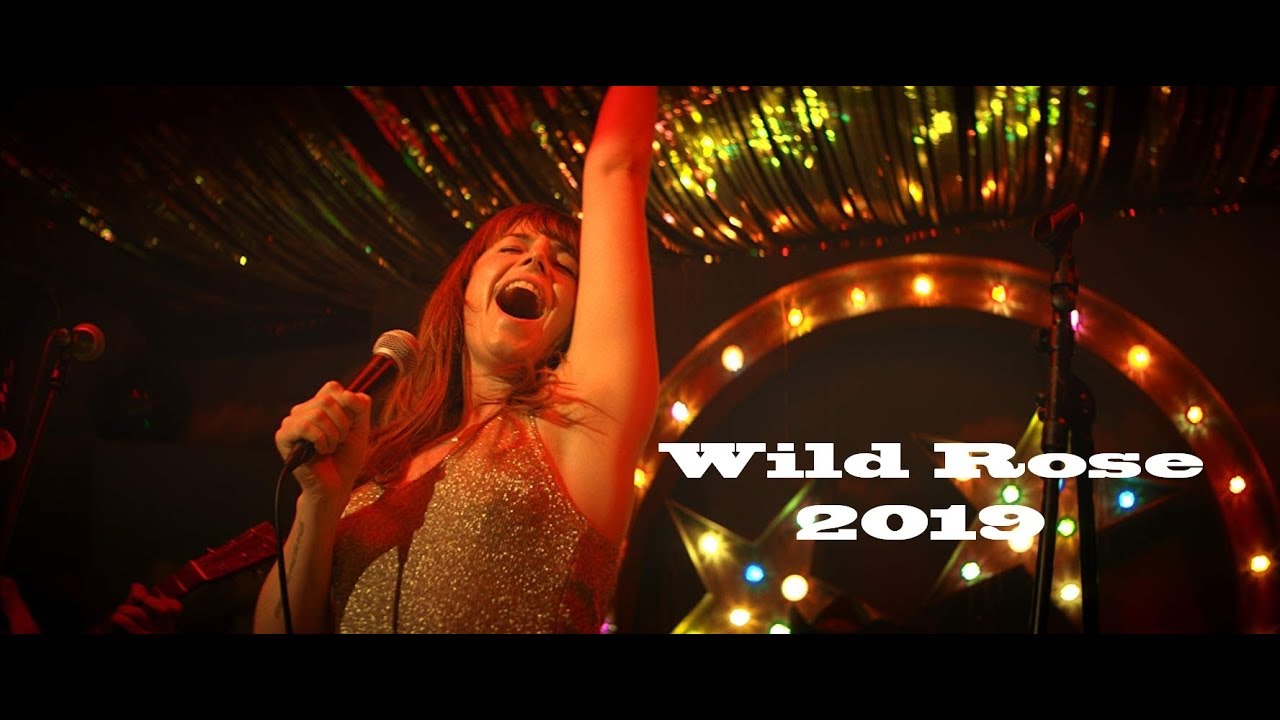 Jessie Buckley already has a list of credible awards under her belt and the list is growing quite rapidly. She is a BAFTA Rising Star nomination and a feature in Forbes’ 30 Under 30 for entertainment in Europe. Daniel Radcliffe, Jodie Comer, George Ezra, Jess Glynne, and Stefflon Don are also on the list as well. She already has appeared alongside with prominent celebrities in the Hollywood industry, such as Tom Hardy in Taboo. She has also played a role in the Beast, which is a BAFTA-winning Title.

Jessie’s upcoming roles include films like ‘The Voyage of Doctor Dolittle (2020)’ alongside Robert Downey Jr, ‘Judy'(2019) alongside Renee Zellweger, as well in ‘Chernobyl’ a Sky Atlantic series. Overall pretty credible and impressive credentials.

In the movie, she plays the role of Rose with Julie Walters, who portrays Marion her mother. Sophie Okenedo also stars in the movie as Susannah, a rich well off woman who employs Rose to clean and ends up bonding with her and the two form a pretty strong friendship.

This is a big success for the movie as critics have been applauding the actress’ performance as a flawed, blundering protagonist.

According to Buckley the movie has elements of emotions and humor and forms a nice mix which uplifts the audience. She just couldn’t let it pass says Buckley.

Jessie Buckley says in her statement that “She’s [Rose-Lynn] just like an explosive, tenacious, bold, brassy, irreverent fun bag… and in amongst that she’s got this vulnerability and heart to her.”

“So it was just a complete and utter joy to read [the script] and Nicole Taylor is such an incredible writer. [Director] Tom Harper who I’d worked with… I mean, he could’ve told me to do anything and I’d be like, ‘yeah, sure, what are we doing?’ But yeah, I just loved the script the minute I read it.”

She further adds with an exuberant hand gesture, “To get a chance to play a character like that, it just feels like it’s…… Like there’s just so much possibility and it’s so human. And she’s rusty and complex and makes bad choices, and wants something for herself and has a dream, but also has responsibilities… and she just was really real.”

“So my job was… I suppose I felt like I just wanted to make her as real and as… I didn’t want to clean her up. I wanted to get down and dirty with her as much as I could.”

Buckley has a natural talent in singing as she reached the final and attained the runners up position in  I’d Do Anything, the BBC and Andrew Lloyd Webber search for a lead to play Nancy in a West End stage revival of Oliver!, in 2008.

Buckley admits that she was not familiar with the genre known as “just country, not country and western”, Rose-Lynn famous correcting ‘quote’.

The actress is totally into it now, she has accepted the “three chords and the truth” motto. She has even made a substantial contribution in writing the original soundtrack of the movie and has taken to performing gigs in character as well.

Choosing acting as a career

Jessie Buckley talks about her experience, “My experience of country music before I started the film was kind of… slightly naff Daniel O’Donnell impersonations in my hometown in Killarney, so that was I think my experience of it.”

“But when I started to kind of get drowned in the incredible music and the amazing storytelling… and the lyrics behind country music, I just was blown away and felt it kind of surprised me and moved me, and it still won’t get off my Discover Weekly on Spotify.

“There is no way I’m ever going to be able to be weaned off country music from now on.”

Jessie Buckley talks about her childhood saying that she grew up without a TV till she was around 8. She recalls her first experience of desiring to act a “Vincente Minnelli and Judy Garland film when I was like nine, and it was like my mind had been exploded into kind of like magic”

It is quite ironic that she gets to play a role in a film based on Garland and her final shows.

She further adds, “She was somebody who I listened to and watched again and again. I also remember watching Judi Dench sing Send In The Clowns live at… I think it was the Royal Variety Show or something. And again… she just was so exposed and honest and raw and vulnerable and powerful, and she blew me away.”

Critics have been describing her performances with words like ‘Phenomenal’, ‘pure fire’ and ‘incredible’.

However, her humility level is totally commendable. She feels uncomfortable and awkward when talking about fame, the awards and the praise she is getting from people.

An example would be enough to explain her shy tendencies is her answer to the question of ‘How does she feel about being the BAFTA Rising Star and her Forbes feature? She replies with “Generally I’ve just been going swimming a lot.  keep kind of going, oh well it is incredibly lovely and kind of overwhelming and… it’s the icing on the cake because I feel like I’ve just been so fortunate to be part of it all, you know? And to have worked with amazing people, and it’s a nice, I suppose, affirmation that you’re doing something right. But yeah I don’t really know how to behave… I probably misbehave. That’s probably what I do when people are telling me those kind of things.”

Wild Rose releases in cinemas on the 12th April.